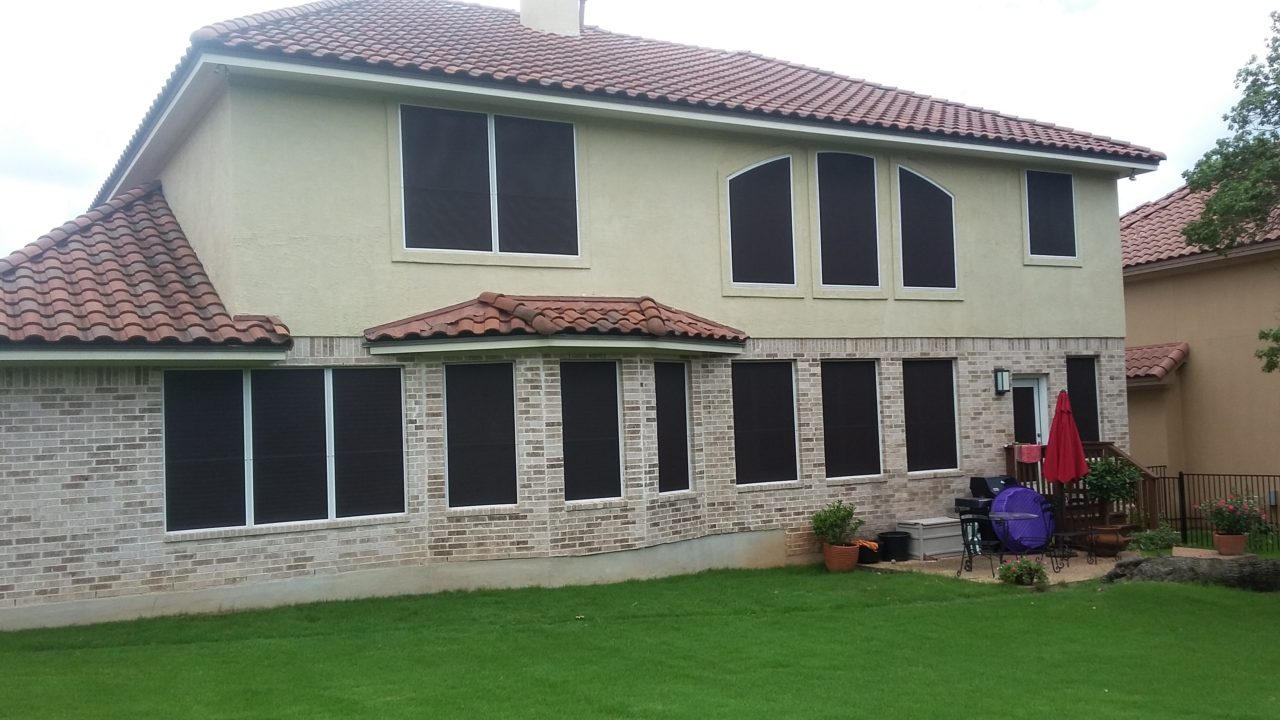 The back of this home used to get clobbered by the Sun. Not any longer, all of his windows including the door are now covered with are 90% sun shade fabric.

This client originally just wanted the three second floor Windows and the three Windows below that covered with the sunshade window screens. After we presented him with a call to finish out all of the rest of the windows with these Austin solar window screens.  He was so thrilled with our price that he chose to do all of the rest of the windows. Being that this side of the home is the side that faces West, the side that gets just killed by the afternoon harsh sun it only makes sense to put sunshade screens on all of these windows. He was worried about the cost which is why he originally just wanted to do the six Windows.  Once he found out how inexpensive it was to cover all of the rest of the windows he went ahead and just finished off the back side.

This customer was one that found us through our Alignable connections.